A delightful contribution to the cinematic exploration conceived by neorealist Cesare Zavattini on creating a “journal” of romance in postwar Italy, Fellini’s fancy-tinged satire is an affectionate contrivance about a young reporter on an assignment to investigate matrimonial agency, struck by a pure country girl struggling to escape from poverty. Wandering through a labyrinthine building in tour-de-force shots of odd bustling people, Fellini’s camera sketches a vivid yet surrealistic portrait of urbanites in the vicissitudes of life.

“Recapturing the free spirit of Boccaccio, Fellini touched upon the ludicrous aspect of moralizing campaigns in this satirical comedy. The surreal play sees Dr. Antonio, an unbending puritan, driven berserk when the enchanting, provocative Anita Ekberg featured on a giant advertising billboard comes to life and divulges his hidden desires. Through his clumsy quixotic battle, the director made a searing denunciation of hypocrisy, and seemingly a sardonic retribution to the Catholic’s condemnation of La Dolce Vita.

Inspired by an Edgar Allan Poe’s story, Fellini compounded the macabre master’s gothic horror with his visual frenzy of sumptuous debauchery and colorful flourishes. Arriving in Rome to make a Catholic Spaghetti Western, a dissolute English film star is sucked into a swirling vortex of deceits, illusions and selfloathing, recurrently haunted by the Devil in the guise of a pale girl. In a fervent attempt to escape madness in a red Ferrari, he descends into his own personal hell. 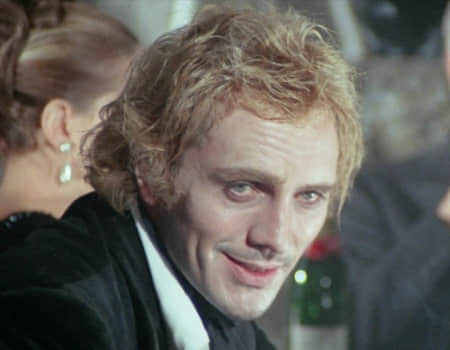