“They call me ‘mad’. But I don’t care. The only thing that counts is what’s up on the screen.” This is Werner Herzog. Entirely single-minded, his every action is only directed towards fulfilling his destiny – the creation of “authentic” cinema.

One of cinema’s most controversial and enigmatic filmmakers, Herzog has a vision of real life and fiction feeding off each other for mutual poetic inspiration, persistently pursuing his “ecstatic truth”. Through wild imagination and stylization, his films are immersed in a universe filled with destruction and the demise of the individual. These themes emerge throughout a body of work at once stunning and perplexing.

With a compulsive drive for authenticity and a pathological addiction to sensationalism, he has a reputation of going to extremes to realize his vision, to the point of risking his own and other people’s lives. These stories include his threat to kill anyone who tried to halt his filming of Signs of Life (1968) on the Greek island; and his reckless decision that put his team through hell in Amazon rainforest when shooting Aguirre, the Wrath of God (1972). Yet, he has beaten seemingly unbeatable odds, and created a hallucinating world of utter absurdity and exquisite beauty.

His worldview often seems bleak and distressing, featuring an uneasy balance between anti-humanistic views about civilization and a genuine sympathy for the very human beings. Many of his heroes are quixotic outsiders who reject or are rejected by society, only to be crushed by the weight of their own ambitions. Be it a genius or a madman, Herzog is not alone. Together with Klaus Kinski, his turbulent “nemesis” whom he always plotted to murder, they have created a mythic legacy of five classics, including Woyzeck (1979) and Fitzcarraldo (1982).

This retrospective of Herzog’s early works represents his audacity and fearless vision as an elusive auteur. The 42nd Hong Kong International Film Festival and the upcoming Cine Fan programme will continue to tell his mesmerizing tales of conquest and obsession.

Even in the golden era of Italian and European film, Michelangelo Antonioni (1912-2007) stands out as a poetic auteur of alienation and modernity, whose innovations in narratives and in vision challenged and changed film. Recognized as a master with the top awards at Cannes, Berlin and Venice, his works continue to speak powerfully both as individual films and as lifetime exploration about the ways film may embody art, philosophy and existential quests for an entire age.

Born into a cultured family of the Italian middle class, Antonioni moved towards film after graduating in economics, but his early career was overshadowed by war and the Resistance. After dabbling with neo-realism in the 1950s, he turned towards the middle-class as subject while continually deepening the questions he posed in psychological, cultural and filmic dimensions. In his probing analyses, Antonioni took charge of time, space – landscapes both natural and man-made, cavernous and intimate, become indelible elements in all of his films – and actors, especially in his relationship with Monica Vitti, who illuminated many of his key films. After his seminal trilogy that established his name and unmistakable style, however, Antonioni continued to grow, exploring color, new borders and languages (three striking films in English) and even new technologies at the end of his life, while he also traveled to China to face the complexities of yet another world.

This series concentrates on the arc of masterpieces that defined his unique status in world cinema from L’avventura (1960), which burst upon the European filmscape with a power that it still commands nearly six decades later, to his final solo feature, where relationships, alienation and enigmas haunt a successful director. The series offers a feast of ideas and masterful techniques in his famous long takes and loving exploration of land and people, his careful and creative use of music and silence, and the scenes – and spaces of emptiness – that will continue to haunt us long after the lights go out. 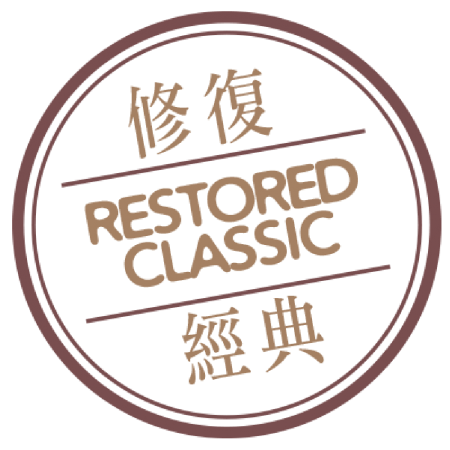 The Labyrinth of Mystery – Jacques Rivette