This fable-like comedy marks Pasolini's radical shift towards allegory and myth to embody his critical analysis of Christianity and Marxism doctrines. Taking a metaphorical stroll, a Chaplinesque father (played by the greatcomedian Totò) and his empty-headed son, accompanied by a philosophical talking crow, find themselves transported back 750 years to the time of St. Francis. Following the saint's instruction to convert the hawks and the sparrows to God's love, they are ironically enlightened to see the ambiguities and confusions of life, falling prey to imperialism, class conflicts and social divisions. Screening with segment The Earth Seen from the Moon(30min) from The Witches. 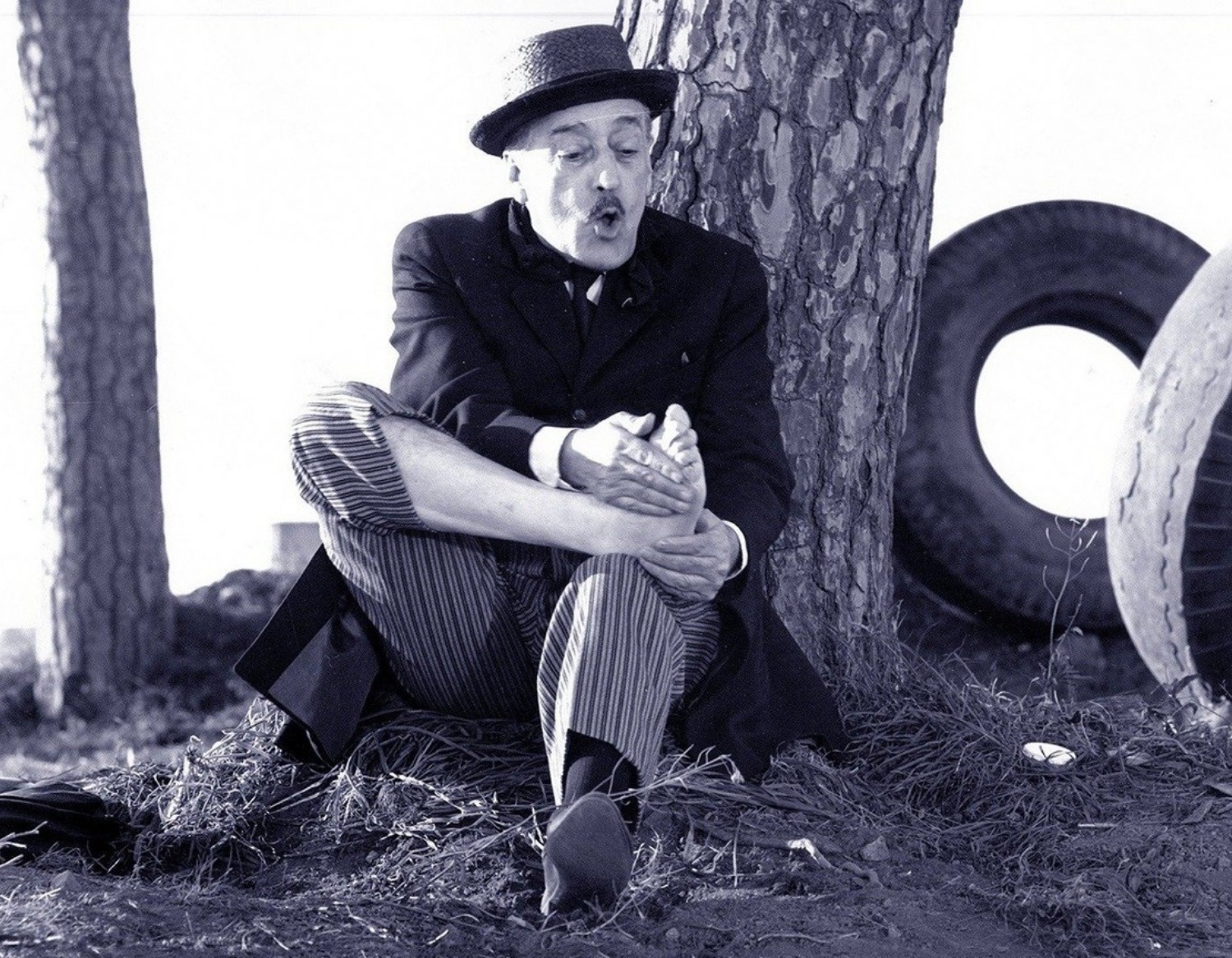 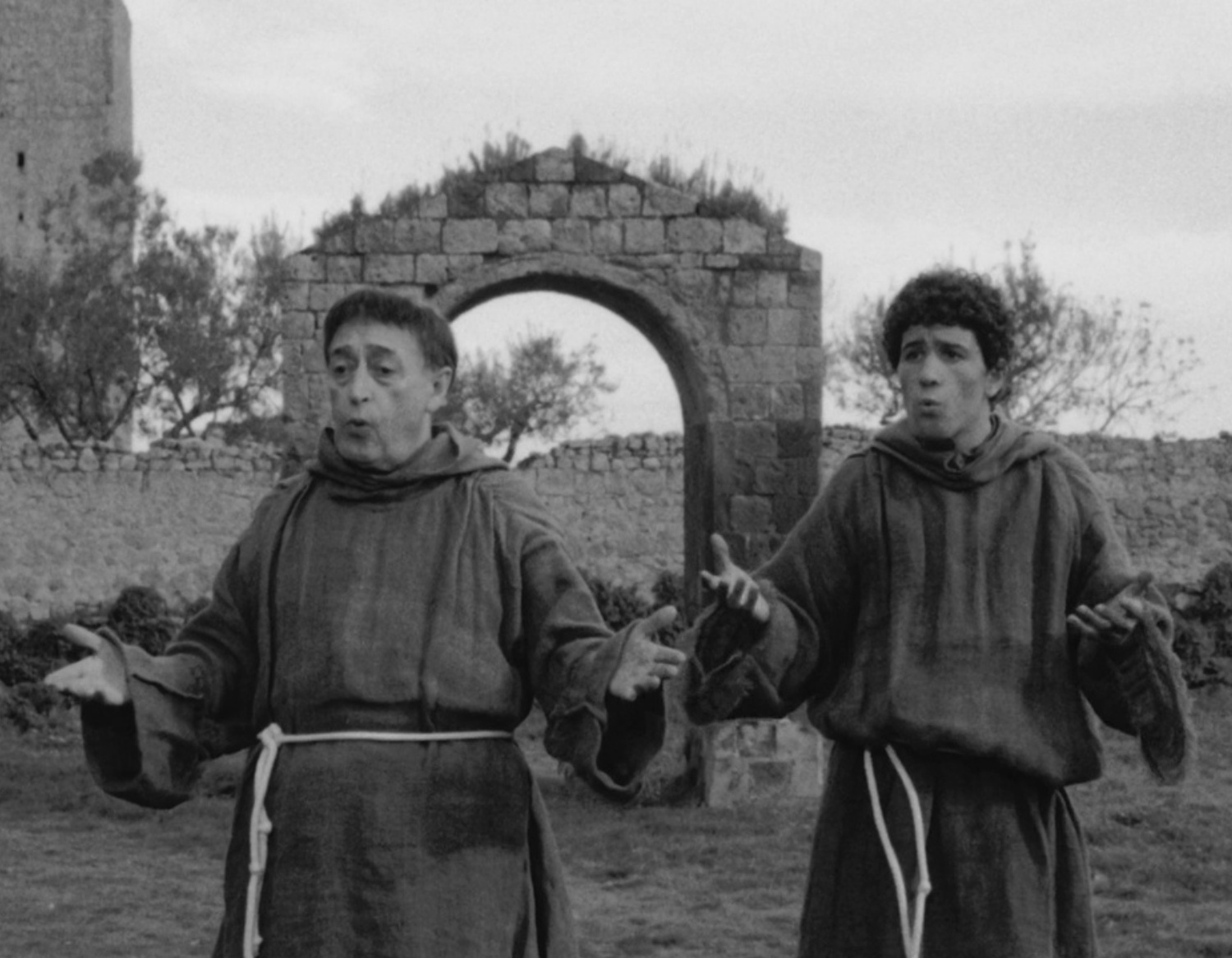 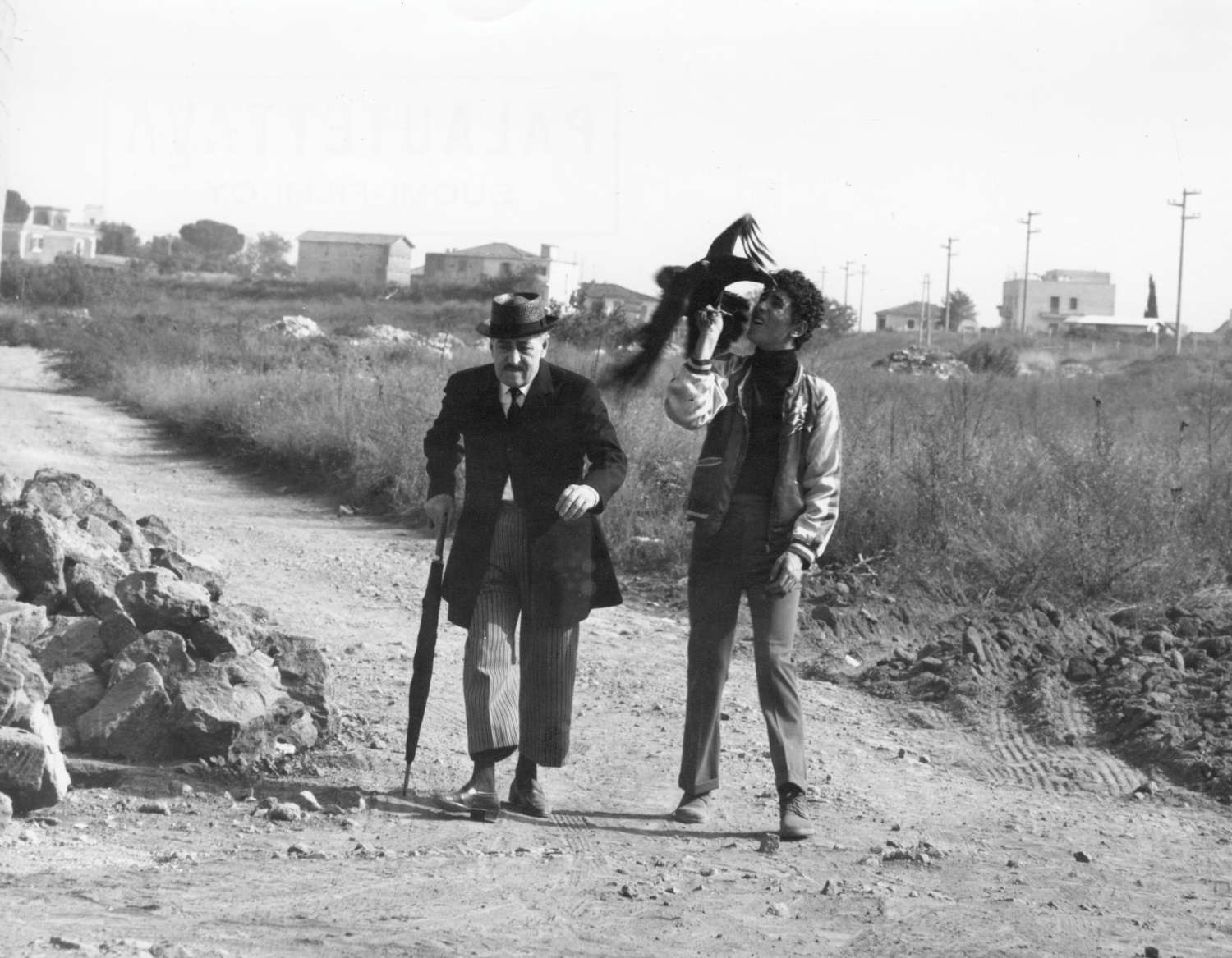