Land of Silence and Darkness

The most stripped-down of Herzog’s films, and the one that he would most like to be available to audiences. This touching documentary follows Fini Straubinger, a German woman who became deaf-blind early in life, as she struggles to communicate and reaches out to help others similarly afflicted. Togetherness in suffering, sensory sharing of joys through first plane flight and holding animals in a zoo lead them out of their isolated world of silence and darkness. Under Herzog’s sensuous camera, feeling the music at heart or embracing the tree per se offers the sole but undeniable reason for living. 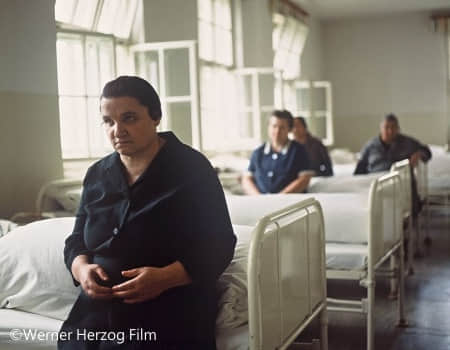