Universal in appeal yet unmistakably French, the comedies of Jacques Tati are not only among the greatest ever made by a performer/director in the manner of Chaplin or Keaton, but have immeasurably enriched the very language of cinema itself. Tati bore witness to (or anticipated) the material transformation of postwar France in the midst of Europe’s economic miracle, transitioning from sleepy villages and old-fashioned neighborhoods to standardized, gadget-filled suburban housing and a high-tech Paris rebuilt almost beyond recognition – emblems of the new consumer society that brought with it the dreaded threat of Americanization. The remarkable art of Jacques Tati consists not only of his own comic turns as the iconic Mr. Hulot – a tall, charmingly awkward figure seen always with hat, raincoat, and pipe, ill-adapted to modern society with his oldfashioned ways – but with his uniquely cinematic form of humor. A master at staging in depth, Tati’s mise-enscène fully exploits his characteristic wide-shot compositions by positioning gags in every conceivable nook and cranny of the frame, from background to foreground, requiring an alert viewer’s active participation in visually registering the humor. Individual gags often function like motifs in a musical composition. Loosely episodic, the films’ narratives are hardly plot-driven, but allow for a leisurely observation of the comedy in the minutiae of daily life. Notably, Tati sought to “democratize” his narratives by focusing less on a central character, than to find humor in passers-by peripheral to the narrative. For all of Tati’s visual imagination, however, don’t forget the sound: there may be little dialogue, but the funny manipulation of everyday sounds (and fragments of speech) forms a musique concrète-like soundtrack sure to tickle the most curmudgeonly of viewers. In sum, Tati represents film comedy at its purest: as formal abstraction. 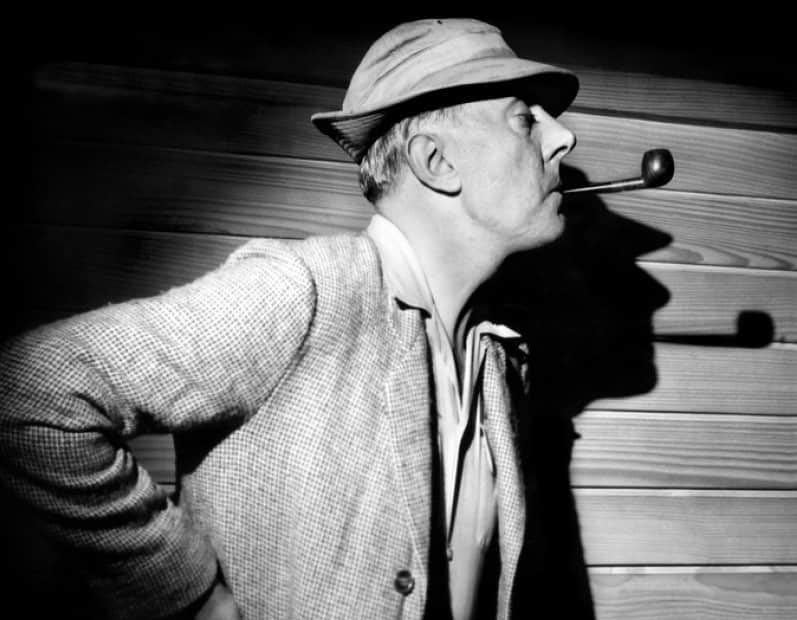