Strangers on a Train

Guy (Farley Granger), a tennis player with political ambitions, by chance meets Bruno (Robert Walker), a feckless millionaire’s son, on a train from Washington to New York. Bruno, while confessing extreme contempt for his disapproving father, cheerfully reveals that he knows all the details of Guy’s personal life from the newspaper gossip columns, including his unhappy marriage to a vulgar woman who won’t grant him a divorce. The perfect crime, Bruno tells Guy, would be two strangers exchanging murders, thereby having no connection to the victims. One of Hitchcock’s most disturbing films nevertheless manages to offer up ample amounts of gallows humor. 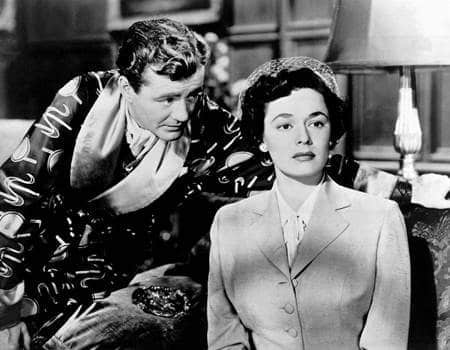 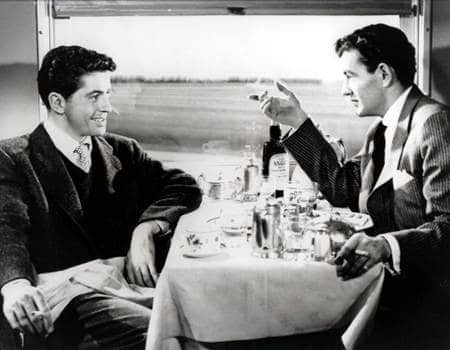 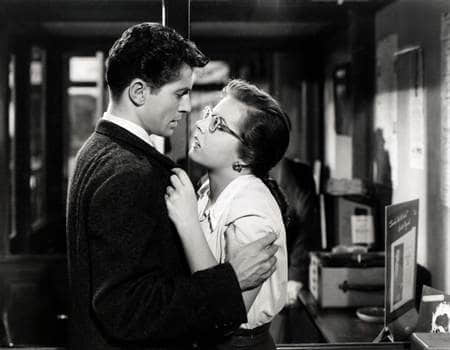