In an 18th-century Bavarian village, the baron of a glassblowing factory deliriously tries to recover the lost secret to producing the ruby glass, soon descending into madness along with the rest of the townspeople. Only the shepherd, who is gifted with the power of prophecy, utters mysterious oracular pronouncements about impending doom – world wars, nuclear destruction, tyranny and ecological disaster. Hypnotizing most of the actors in almost all scenes, Herzog sees souls taken away from men, losing the meaning and the will to survive. A grim vision of hopelessness, it’s a world sinking into self-destruction along with our so-called civilization. 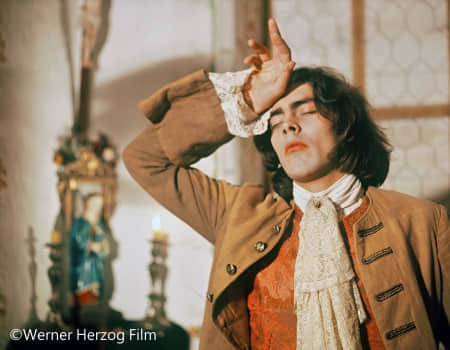