In the Name of the Father

Masterful Irish writer-director Jim Sheridan takes on the real framing of the Guildford Four to create not only an indictment of British injustice but a parable of generations and struggles. Daniel Day-Lewis proves riveting as Gerry Conlon, a Belfast ne’er-do-well in the wrong place in London, whose arrest, torture and forced confession land him in British prison. His story is tempered by the strong, subtle presence of Pete Postlethwaite as Gerry’s father, who supports him but is himself imprisoned along with family members. And Emma Thompson is the lawyer who helps unravel the government conspiracy that substitutes closure for truth. 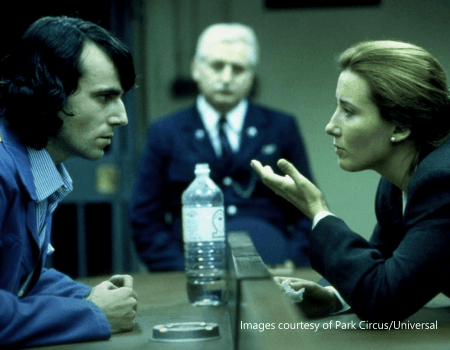