Stroszek, a wounded German soldier in WWII, is sent for an “easier” job to guard an old fortress on a remote Greek island along with two comrades. Desolate landscapes and rhythm of monotony takes over Stroszek, and a field of uncountable windmills whirling endlessly eventually kindles his firework of madness, staging the staggering spectacle of unhinged frenzy. Herzog’s debut feature looks at the sheer terror of banality of everyday life that turns a sane man into a maniac. It is a war movie, wherein a soldier revolts against his own existence. 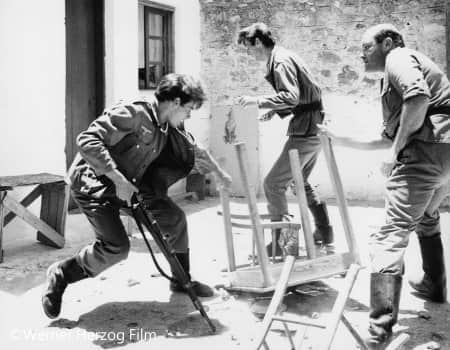