“The train came out of the long tunnel into the snow country.” Evoking the magic of the moving image in the novel’s opening sequence, Kawabata conceives a quietly devastating tale of an entangled love affair between a Tokyo dilettante and a beautiful geisha in a snowbound town. Adding dramatic and aesthetic intensity to Kawabata’s symbolism in his masterpiece, Toyoda pivots his camera on the geisha Komako, as she becomes embroiled in conflicts through shifting relations with her lover, her ailing husband and the charming young lady who adores him, and is eventually forsaken to face her lonely destiny. 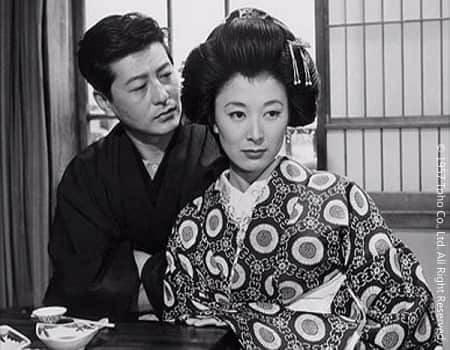 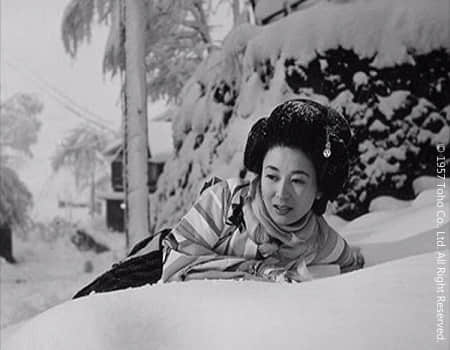 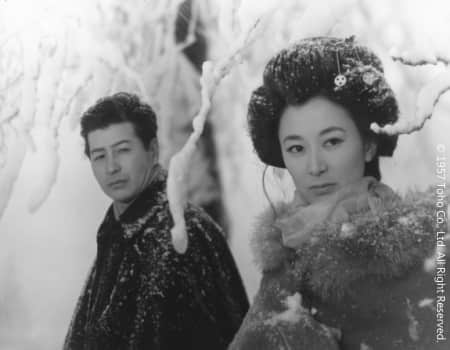