Upon release from prison, Bruno Stroszek, a Berlin street musician, encounters Eva, a prostitute mistreated by pimps, and the two decide to leave Germany for the promise of a better life in Wisconsin. Stroszek’s American dream quickly turns sour, as his woman’s gone and his mobile house’s seized. A rare road movie with country music, Herzog’s quietly devastating portrait of stranger-in-a-strange-land alienation is laced with his indelible moments of crackpot poetry: a premature baby hanging on forcefully, and a caged chicken can’t stop dancing. It’s this mixture of touching feelings and unpredictable fascination that gives Herzog’s works their haunting lives. 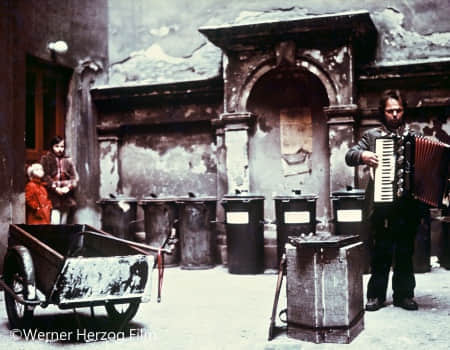 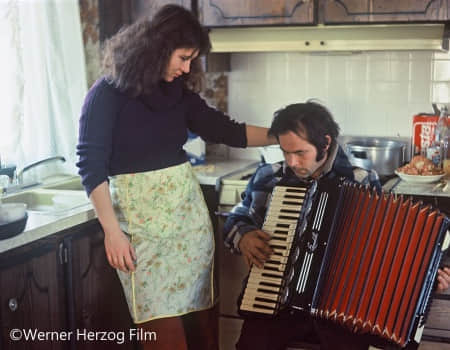