The School for Postmen + Holiday

In this delightful short, Tati plays the provincial postman François as he takes part in a training programme to speed up his delivery in order to incorporate a mail plane that shortens the route by a ten percent reduction in time. Traveling on his bicycle at high speeds, François gets involved in numerous stunts and gags that would be repeated and incorporated in Tati’s follow-up feature film Holiday. Timing is everything: 16-minute is all it takes for Tati to launch himself as one of the world’s greatest filmmakers. Screening with Holiday.

Tati’s first feature film in which he reprises the role of François – the bumbling postman from his earlier short The School for Postmen – now caught up in a race to beat the Americans at rapid mail delivery. The backdrop of a quaint village visited by a traveling fair allows for a wealth of observational gags that led to Godard’s praise of the film as “the birth of French neorealism.” Originally shot in both black and white and color, the experimental color technique failed to process the color version upon the film’s initial release. Screening with The School for Postmen. 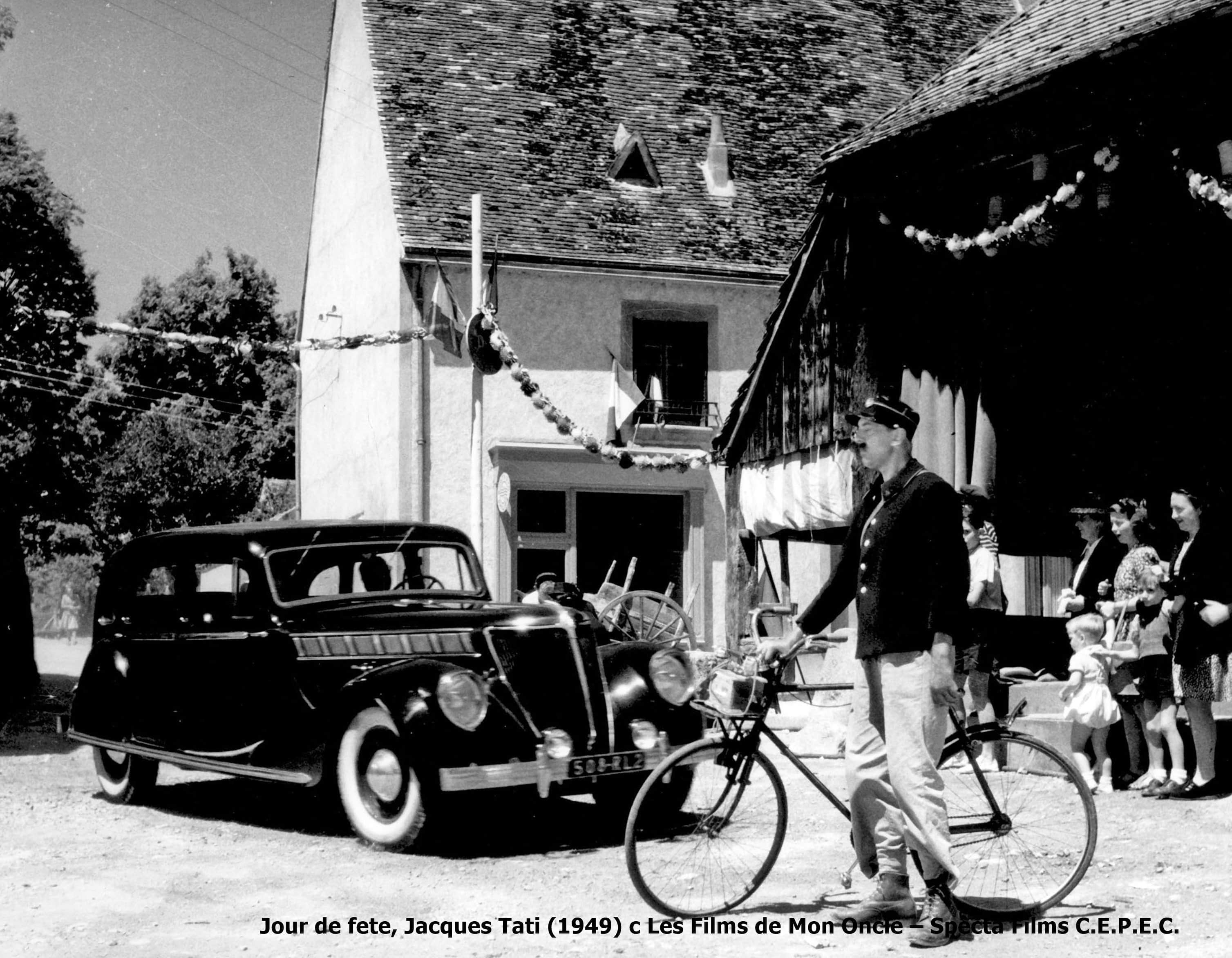 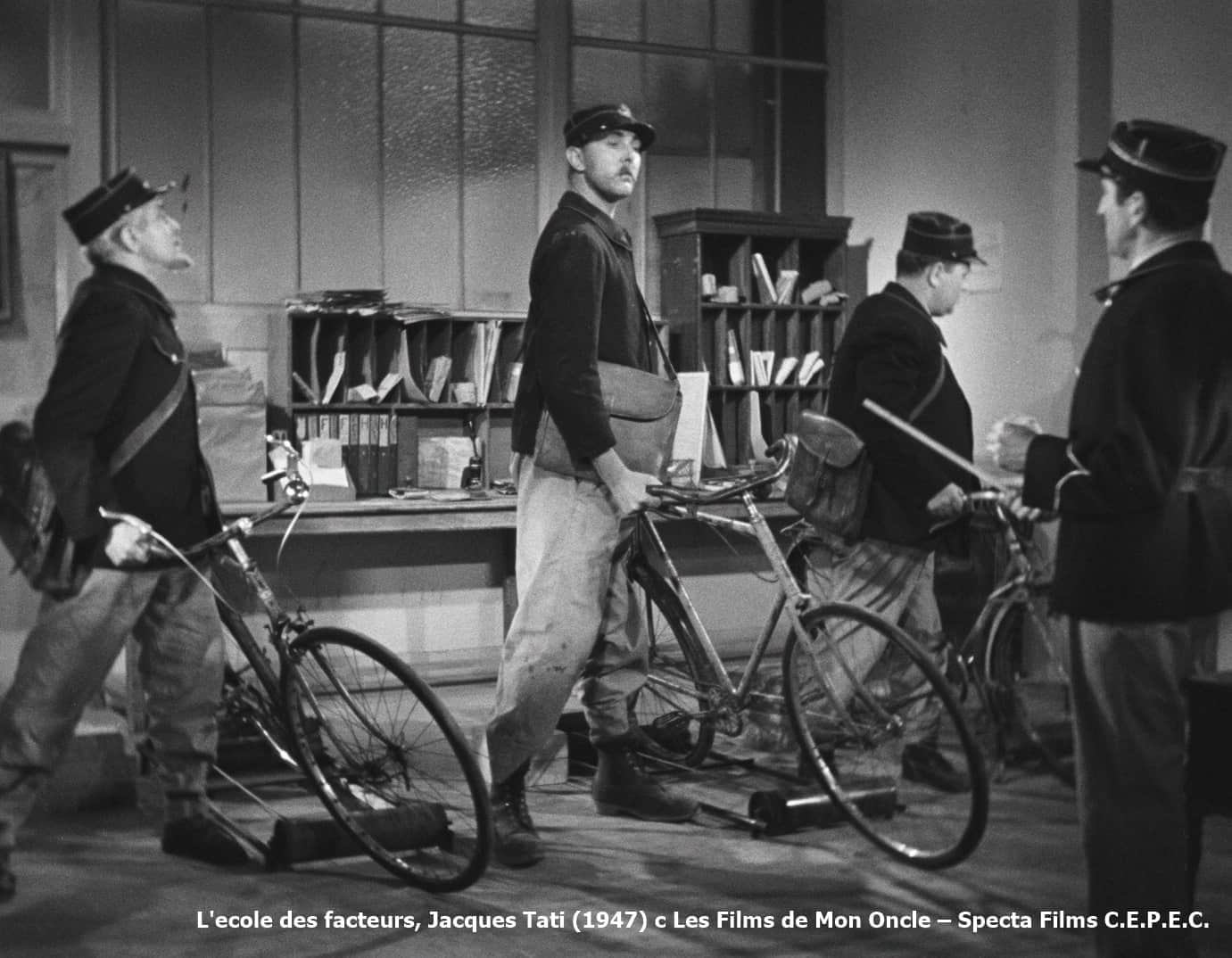