A giant from world cinema's golden age, Satyajit Ray (1921-1992) personified the era's belief in films as a universal medium capable of transcending cultural barriers to express the shared human experience. Ray's humanism was premised upon faith in the individual, struggling with one’s conscience to steer an ethical course between tradition and modernity in difficult times and a changing society: however subjected to doubt, this belief yielded an affirmatory vision that embraces life even as it acknowledges obstacles in its path.

While synonymous with Indian cinema for some, Ray's efforts represented the attempts by Bengali filmmakers like Mrinal Sen or Ritwik Ghatak to produce independent realist dramas known as "parallel cinema" in a country whose movie industry was dominated by commercial, Hindi-language Bollywood musicals. Indeed, Ray was only inspired to make films after encountering Jean Renoir during the production of The River (1951) and seeing Vittorio De Sica’s Bicycle Thieves (1948).

Italian neorealism hugely impacted Ray: the observational style, use of non-professionals, and documentary-like, on-location photography all made their way into his cinema, now painstakingly restored to recreate the near-tactile photographic textures possible on celluloid that are a part of his visual poetry.

In a newly independent India, Ray's subject was nothing less than his nation’s development or modernisation: journeys from rural villages to urban centres, women's emancipation, changes in social status or structure, as seen through individuals' lives. True to his Bengali roots and family background, Ray excelled especially in literary adaptations of authors like Tagore or Banerjee. Although he continued making films and received an Honorary Academy Award for his lifetime achievement shortly before his death in his beloved Calcutta, his artistic peak belongs to the ’50s and ’60s: an eloquent humanism that remains a distant beacon for our uncertain, postmodern present. 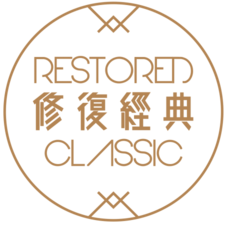